Rodeo, BBQ & Whisky: Yes Folks, I am Talking About Nebraska

I got in early in the morning (around 2 am) and made my way to my hotel. My room was big, cheap, and comfortable. In this part of the country they definitively have three things mastered; facial hair, large spaces and chatting. This trio really is a thing of beauty.

Upon waking up, I started with a mission. I was going to hit four states this trip or die trying. (One of my life list items is taking a photo in all fifty states.) I picked up my rental car, hopped on the freeway, blasted country music as I unleashed a huge smile on my face. I had been feeling antsy the last two weeks and it felt right to be in the middle of another adventure. In that way, I was home.

Nebraska looked… well… exactly how I thought it would look. It was bare of hills, full of corn fields and cold. I could see almost endlessly to the horizon with only the occasional water-tower or antenna obstructing the view. Iowa was essentially the same although it seemed to have more trees than its neighboring state. I was well on my way to Kansas City and now had to make a decision on what to do once I got there. While trying to figure out where to fly in, I had discovered that Kansas City was actually split down the middle by the state lines of Kansas and Missouri. This means there are (at least from a local SEO perspective ;-p) TWO Kansas Cities. Unsure of what to do with this fact, I decided to exploit it in the most important way possible.

I decided at that moment that I would once-and-for-all determine which Kansas City was king. To do this, I used an unequivocal measuring tool, the best BBQ. I looked up the top BBQs in both versions of the city and prepared myself. At that point, I was in the middle of a 30 day vegan challenge with a co-worker. Thus, I haven’t eaten any animal products or bi-products for two weeks. Being the forward thinking individuals that we are, we built cheat days into the challenge. Unfortunately, this meant I was about to unleash a world of pain onto my stomach which was only used to carrots and leafy greens. The stakes were high.

Due to my route, the first stop was Danny Edward’s Blvd Barbecue in Kansas City, Missouri. It was a small restaurant where every door, window and vent was covered in security bars. I walked in and was greeted by two ladies who were in an intense battle about what to do with their ex-husbands golf clubs.

“I don’t golf, but I sure as heck wasn’t going to give them to him.”

“I hear you darling”

“The big one, you know…. With the big metal part…”

“The driver”, I injected with an odd pseudo-country accent. (In my head, I wondered why I suddenly was talking differently but I decided to just go with it. I don’t think anyone other than me was fooled.)

They both laughed and with big smiles sat me at my table.

I ordered the combo (one of everything) and a brownie. I am a total sucker for a country accent. I just can’t help myself around flirty southern waitresses. (Yes, this has happened before.)

I quickly received a monster of a plate and got started. Beef – The beef was quite good and reminded me why there is no chance I will ever go full-time vegetarian. +5 points

Sauce – The sauce is the most important parts of a meal like this. This example was good but I prefer sauce that tastes more smokey. +3 points

Pork – I don’t know if they served me pork-ribs or miracle-unicorn-ribs but these were the best ribs I have ever had in my life. I have literally never had anything that compares to their flavor, texture or overall deliciousness. +10 points

Dessert – Technically I ate the brownie before I got served but I still will count it as part of the meal. +5 points

At this point, one of the waitresses had noticed that I took a photo of the food. I am pretty sure they assumed I was a food critic because ten minutes later the owner came out and joined me for my feast. He offered me all kinds of takeaways (sauces, more meat, etc) which I gladly accepted :-).

After getting more sauce than any one man could possibly consume, I headed out the door. I apologized to my stomach (I had work to do) and drove the one mile to the BBQ in Kansas. Upon entering Rosedale’s Barbeque in Kansas City, Kansas, I immediately noticed I liked the atmosphere much better. While the first place felt like a less obnoxious TGI Fridays, this place felt divey (the way I like it) and smelt of smoke and BBQ.

I ordered the combo (it was important to be compare equally) and their best dessert. Beef – The beef was unfortunately dry (in texture, not taste) and really didn’t do anything for me. +0 points

Sauce – As I mentioned earlier, the sauce is the most important part of BBQ. This sauce also lacked the smokey taste I like but made up for it with some sweetness. + 3 points

Pork – The thinly sliced ham left much to be desired. It was clearly not bologna, but it had the same texture. +1 point

Dessert – At this BBQ they gave me apple cobbler for dessert. Boo ya! +6 points.

As you can see by my scientific table of numbers, the undisputed winner of the Kansas City BBQ showdown was Missouri. Kansas, you should be embarrassed!

Next up I hopped back in my car to hit the rodeo. I made it to Lincoln with 20 minutes to spare and headed over to the Pershing Center. I was immediately over my head in country-ness.

Everyone was in full gear and were ready for a night of awesome country fun. The big trucks were only over-shined by the big belt buckles.

I looked down at my “cowboy shirt” I had bought at Nordstrom in Orange County and realized I looked less like a rodeo fan and more like a gay cowboy. I needed a drink.

As it turns out, they were prepared for this. After all, it wasn’t their first rodeo. (couldn’t help myself!)

In Lincoln, Nebraska in addition to serving all american beer they also serve whisky. Hell yeah!

I got carded, was told by everyone on the other side of the counter and that I was the furthest away from home than anyone they had seen and handed over my beer and whisky.

The rodeo itself was everything I had hoped for and more. Rodeo clowns, kids writing lambs, hot country girls, dudes jumping off galloping horses and taking down bulls, they had it all. As it turns out, rodeo clowns are as funny/obnoxious as their normal clown counterparts:

“Because they showcase a woman and smell like a new truck”

I went in with medium expectations for this life list item and was blown away by the nice people I met, the delicious food I devoured, and the fantastic time I had at the rodeo.

If I ever have a chance to go on a similar adventure, I won’t hesitate. The people in Nebraska, Iowa, Kansa and Missouri know how to have a good time.

Random note, I am testing out a new Wednesday, Friday posting schedule. This is based off of an analysis of my audience I did using the tool SocialBro. Let me know if you have any feedback! Quitting My Job and Moving To Spain 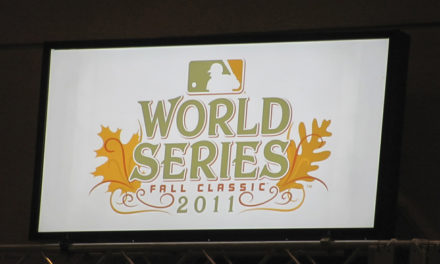