A Brunette, a Single Toothed Taxi Driver, a Backstage Pass and a Six State Road Trip Last Thursday, I hopped on a plane out of Seattle and headed to Kentucky. It was midnight 30 when I left and I didn’t really know what I was getting into. I had a destination and a half cooked plan. The next few days included a hot brunette, a single toothed taxi driver, 20,000 screaming fans, a backstage pass and a 15 hour/6 state road trip. It ended up being one of the happiest weekends I have had of my adventure thus far.

United Airlines decided to surprise me again by upgrading my ticket to first class. I sat in my comfy seat and pulled open my laptop (I was still in go mode and ready to get some work on my business pumped out). Luckily, a sheepish brunette sat next me. I closed my computer (I had been reading Avinash Kaushik’s latest post on website analytics, not the best conversation starter… ;-p) and struck up conversation. The girl, Amy, had been upgraded as well and this was her first time in first class. She promptly ordered a drink and spilled her life story.

Amy had grown up in a small town in South Carolina (she had the accent to prove it) and was now living in a upperclass city outside of Seattle. She was filling her time taking care of her three kids and getting acquainted with Seattle life. It was late but we ended up talking all the way to our subsequent connections in Houston, Texas.

We talked about life, money and both of our winding paths. Eventually she opened up and talked about her passion (a subject I always try to meander into chats) and revealed her desire to start flipping houses (Real Estate focused on refurbishing old houses). I told her about my friend’s experience (both good and bad) at doing that and encouraged her to make time to take the leap. She revealed she had house back in South Carolina that she was eager to get started on.

Eventually we swapped uncomfortable experiences from childhood. (There is no better way to get to know someone than to dive in head first) I related a story about how I had made tens of thousands of dollars for my already wealthy school while needing to rely on the State to cover part of my school lunches. Amy was 29 and her oldest daughter was 14. She had been a single mother at 15 and had spent the last 14 years doing her best to make ends meet.

We both paused to reflect as we sat in our oversized first class seats and sipped on our complimentary cocktails.

The next day, I woke up in Northern Kentucky and walked jaggedly out of my hotel room. I had not slept on the plane and it was now evening local time. I asked the hotel receptionist where I should get a cab and she pointed out the main door (a lucky guess!) and mentioned that a driver had just walked outside.

I quickly hurried after the driver only to promptly stick my head back in the hotel.

“Is the cab the unmarked cop car looking thing with all of the antennas?”, I asked skeptically. The hotel manager nodded with a smile.

I walked up and the cab driver rolled down the window. He was about 70 years old, had a not going to fool anyone comb-over and one brown tooth coming from the center of the top of his mouth.

“Howdy! I am Gary, feel free to sit in the front!”

I laughed and hopped in. We instantly got to talking.

Gary was a professional driver. He had driven tanks during Vietnam, drove semi trucks after that and now drove a taxi just for the fun of it. His proudest accomplishments were bringing up his two sons, one who slept 8 floors underwater (in a aircraft carrier) and another one who slept 3 feet above the pavement (he was a tour bus driver for Kid Rock).

Gary and I talked about life and family. He was excited to learn that I was on my way to visit my sister who I hadn’t seen in several months. His uno-grin revealed how happy he was to drive me.

He was well educated and asked me lots of questions about growing up in Seattle. He turned off the meter early and asked me to call him after the concert to tell him how it had gone. He drove off right after yelling from the cab, “They sold out the arena last night with Jimmy Buffet! That is going to be a tough act to follow”

I don’t often talk about the most successful member of my family but it is time she gets a proper introduction. My sister, Jessica, runs the fan club for the extremely popular country group, Sugarland. She invited me to come join her on tour and get a glimpse of her crazy lifestyle. I looked up tour dates and (after some prodding) bought a plane ticket.

Gary dropped me off and I went to Will Call to pick up my tickets. They handed me a envelope and excitedly I pulled out a VIP badge and a ticket for a front and center seat. I called her up and she met me at the front of the stage. We hugged and quickly caught up. She took me back stage to meet the band and crew and to grab some food. I joined the group with the catered meal and was immediately impressed by how personable everyone was. Every person made it a point to stop eating and make eye contact with me when we talked.

Outside 20,000 people started to enter the amphitheater. Even still, everyone I met took time out of their extremely busy agenda to talk with me. My sister politely excused herself so that she could go run the Meet and Greet with the already energetic fans.

I watched proudly as she led (like a boss!) the shaking fans on their way to meet Jennifer Nettles and Kristian Bush, the two stars of Sugarland. More than a few of the fans left balling with excitement. I was watching from afar when she brought me up to meet the singers. If I would have been them, I would have rushed the conversation (they were set to go on stage in 30 minutes) but instead they took their time, asked me about my life and convinced me to take a fun photo with them. My sister laughed at me as I got embarrassed. :-)

Shortly after, they took stage to a sold-out amphitheater. It ended up being the best concert I had ever been to. Despite my Seattle roots, I have gotten quite into country music over the last few years. (I blame this bucket list item).

The vibe was great, the fans were engaged and the band impressed me over and over again with their fan-centric priorities. The set list was voted on by fans the day of the event (not an easy thing to pull off when their are so many logistics involved), various fans were brought on stage to participate and some cool gifts (think guitars not USB sticks :-p) were given out to super fans.

After the concert, I went backstage to rejoin my sister. On my way in, Kristian, who was being rushed upstairs to do interviews, stopped in his tracks. He had noticed me walking by, stopped his entourage and went out of his way to thank me for attending. lol! The pleasure was truly all mine.

The next day, the opening act, Canaan Smith and Jennifer, the lead singer, both stopped my sister to make sure I had had a good time. Apparently, despite the other 20,000 people in attendance, they had noticed me dancing in the pit. I am not exactly what you would call “rhythmically inclined” ;-p

Jessica finished up her work and we hopped on the catering bus to grab some post-concert food and chat more. Again, everyone I met was extremely nice and was eager to meet me.

It was a fantastic night and a hell of a way to spend time with my little sister :-) I thoroughly enjoyed myself and gained a new respect for Sugarland and the crew that keeps them running.

The next morning, I woke up energized and feeling like I could take on the world. I hopped in my rental car and made great progress on my goal to hit all 50 States before hitting all 7 continents at the end of this year. I hit 6 states in just over 15 hours. This post is getting long so I will do a photo montage: I don’t know if it was Jurassic Park or Bill Nye The Science Guy that first told me about the often quoted fact that all humans share 99.9% identical DNA. Whenever I hear that repeated, I instantly think of what Lady Gaga’s and Pope John Paul II kid would look like. It is a hard fact (and mental image) to comprehend.

This trip I had the opportunity to meet a lot people living very different lifestyles.

It is these differences that intrigue and teach me.

I am only starting to understand myself and the biggest learnings I have had in this area have come from people who don’t look or act like me. It is their differences that enlightened me upon the facts of who I am. Sometimes it is the obvious sign of seeing a trait that I can’t stand and learning that I am not like that. Other times it is seeing a twinkle of something someone else has and learning that that is something in myself I want to cultivate.

That is what makes universal truths (like the 99.9% fact) so interesting. Although they are true universally, they are not as straightforward as they sound on the surface. We are all made of the same ingredients but it is the divergence of how we live that make us so fantastically different. Be it the single mom flying from Seattle, Gary the proud taxi driver or the star duo of Sugarland, it is the exploring of differences that really brings to light the similarities we all share. How To Pick The Best Airplane Seat 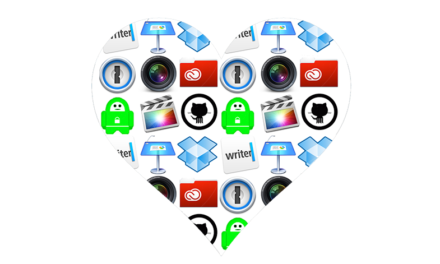