I found myself somewhere in Istanbul and it was pouring rain. Although 24 hours ago I was only a hundred miles away from my intended destination, I had just flown halfway across Europe trying to get there. Apparently, I could not fly directly from Tel Aviv, Israel to Cairo, Egypt as tensions between the countries had recently escalated sharply. Welcome to the Middle East.

Cairo is an enormous and chaotic city. The population is estimated at 17 million (compare that to New York City’s population of about 7 million) and it is more densely packed than any city I have ever been to. It is full of half constructed buildings and poorly constructed streets. Guns are common and in many areas, security is incredibly high. I went several months before the infamous uprising that occurred this year but when I was there the tension was palatable. There were a whole lot of people in the city and they were visibly unhappy with their leadership. Retaliation was inevitable.

As a result, tourists were closely guarded and only allowed to enter two districts in the city. We could enter the hotel district which was on one side of the city and the tourism district (Pyramids, Egyptian Museum, etc…) which was on the other side. The hour it took to drive between the two areas was as eye opening as the tourism destinations themselves. The chaos and mass of people was incredible.

I had arrived on this trip after receiving a frantic call from my sister, Jessica. She called and told me she had found $99 roundtrip tickets from Philadelphia to Tel Aviv via Twitter and I had 5 minutes to decide if I wanted to go. I told her absolutely but we would need to plan on hitting some bucket list items along the way. She excitedly agreed and bought the tickets.

We arrived at our hotel and found a young guide. The next morning we started our tour of ancient Egypt. The guide was fantastic and asked us as many questions about our lives as we asked about his. He was deeply spiritual but quite unhappy. He was a music artist who was struggling to gain attention in a crowded world market. Our guide skipped the normal assigned tour and decided to show us his own variation. We drove across the city and started our tour where the first Egyptians began. Our guide seemed to know everything about everything. He could read hieroglyphics and pointed out subtleties about the statues that normal people would miss. Upon viewing the massive statue pictured above he pointed out that the man stood with his left foot forward. (Okay, that is a bad example of something subtle. That leg is 12 feet long.) That said, historians are stilling trying to decide why the left side is seen as the dominant side but this same posture (first seen in Egyptian art) has been used throughout history from paintings of Napoleon to modern day portraits of United States presidents.

Our next stop was to the first pyramids. It is common knowledge that there are multiple pyramids in Egypt but I didn’t realize until I got there that the pyrmaids we know from movies and photos evolved over time. Throughout the landscape their are other, lesser, pyramids that came first. It is a tangible record of the Egyptian architectural and cultural evolution. As I have traveled around pursuing bucket list items, I have seen several that have been under construction when I arrived. (The Acropolis in Greece and the Sydney Opera house in Sydney are two examples.) This annoys the hell out of the tourists around me but has never really bothered me. The pyramids are my reason for that. The most interesting part in their history has not been when they were standing completed, rather it has been when they are in the process of being constructed or rebuilt. This is a far more vibrant and realistic representation of how things are. Much like cities and civilizations, buildings and statues evolve over time.

After seeing the older pyramids we continued on to see the Great Pyramids of Giza. There are three of them and they overlook the city. They are enormous tourist attractions for the country and as a result are well maintained and safely guarded. They are also the site for big performances. A day before we arrived, Ricky Martin had done an enormous concert in front of the Sphinx. Our guide let us know about a mildly known trick that if you are one of the first people to pyramids any given day you can go inside the Great Pyramid. We jumped on this opportunity and excitedly rushed to the pyramids.

The first thing that struck me was how big these pyramids were. There were freaking enormous. And there was three of them. We had secured our permission to enter the pyramid and started our way through a small tunnel into the heart of the Great Pyramid. About a hundred years ago a king had wanted to steal the treasures from within the pyramid and decided to dig a hole right to the center. Luckily for him he accidentally connected with the burial hall.

The burial hall below the center of the Great Pyramid is still the second most intense place I have ever been. The spiritualness of the site was tangible. Like when walking into a great church, my conscious heightened and sounds seemed to travel differently. The king who invaded the pyramid in search of treasure used the burial tunnel to access the burial chamber. Unfortunately for him, the burial chamber didn’t contain any treasure. Instead it contained the mummy of a great egyptian king. (I hate when that happens.)

The burial chamber remains the spookiest and intense place I have ever been. It is a room at the center of the Great Pyramid. It is approximately 20 ft long, 12 feet wide and 12 feet tall. It is made of black granite and both oddly dry and oddly cold. It is completely dark and completely silent. The only object in the room is the sarcophagus of the Egyptian Pharaoh. After leaving the site of the pyramids our guide recommended that we go to a nearby view point to take in everything we had seen. It was a hot and windy day in Egypt and my sister and I had together just enjoyed the most interesting tour either of us had ever been on.

Upon looking back on the trip I am still struck by the magnitude of the city. It was bustling with people and full of culture (both ancient and modern). It is to this day, the best juxtaposition of new and old that I have ever seen. It reminds me of what is possible and what might remain ahead. In the timeline of the pyramids, the length of a human life is tiny. Since their inception, revolutions have been fought and won, technologies have been developed and abandoned and families have lived and died.

It doesn’t surprise me that Africa and to a much lesser extent, Egypt, were where humanity spent its early days. What surprises me is the amount of potential that we still have to fulfill. 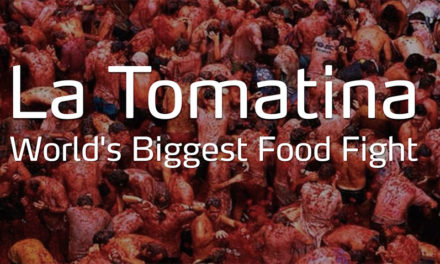