Warning: The following article discusses my worldview and may make some people uncomfortable. If you choose to read this, remember that I am merely stating my beliefs, I am not questioning yours.

I don’t believe that free will exists. This might come as a surprise as my entire life is centered around a choice I made to make the purpose of life to complete my Life List. I make decisions every day that are my own but I don’t believe they are an expression of my independently functioning will.

Allow Me to Explain

Imagine a popcorn kernel laying in a frying pan which is being heated by a lit stove. Shortly it will explode into a piece of popcorn but that action hasn’t yet occurred.

The now popped piece of popcorn flies out of the pot in a specific direction and lands on the kitchen floor.

The instant before the explosion started, a decision was made. Many factors contributed to the eventual trajectory of the not yet popped popcorn; the shape of the kernel, the source of the heat, gravity and all of the other forces which eventually would act on the flying kernel. At that point, the instant before the kernel exploded, a series of motions were started, a determined set of events were forged by circumstance.

This is a very interesting type of event. I call this a circumstantial determination.

The final destination of the popped popcorn was the result of a previously established set of circumstances. The action of the popping wasn’t a decision in that someone or something decided it, instead it was a determination in that it happened a certain way and now is just so.

Now lets look at a circumstantial determination which happens to be in the extreme.

I believe that the same kind of circumstantial determination was made in that instant.

That is where the similarities end. The Big Bang was fundamentally different than the popcorn kernel.

Unlike the unpopped popcorn, the Universe didn’t have any other external forces acting on it before it formed. They simply didn’t exist yet.

As such, the instant before the Big Bang was the single most important circumstantial determination to ever occur. That instant determined everything that would happen after it.

The Big Bang happened and then everything throughout history occurred as a result of it.

Our situation was not decided in the traditional sense of a design. Instead, our current big picture situation was determined circumstantially.

But How Does This Relate to Living Beings?

I have intellect and can make decisions in my life. I can choose to pursue a Life List or I can choose to do something else. I can make a conscious directional decision and ultimately I can make the necessary actions to turn left or to turn right.

I make decisions based off of my genetic makeup.

I make decisions based off of prior experiences.

I make decisions based off of current inputs.

I make decisions based off of expected results.

As a human, these are the type of circumstances which uniquely determine my decisions.

For the popcorn kernel it was things like heat source and physical shape that determined its trajectory (for the sake of simplicity I will label these type of circumstances as “natural circumstances”). These forces occurred outside the kernels ability to influence them.

As humans we are impacted by the same forces (natural circumstances) but unlike the kernel, we have additional circumstances (genetics, prior experiences, sensory inputs – which I will call “human circumstances”) that impact our paths.

But Humans Are Different! We Are Conscious Beings!

Unlike the pre-exploded popcorn kernel, I have a brain and a body that enables me to react to my environment. That is fundamentally different than a moot object that has no power to change its environment.

Imagine an astroid heading on a crash course toward a distant planet. It’s current trajectory was set in motion sometime in the past. It is on a predetermined path but like the path of living beings, the astroids path through the Universe can still change. Other forces, like the gravity of nearby stars could potentially reverse the astroids current trajectory. Just because the astroid is heading toward the given planet does not mean it will absolutely make it there.

Other forces could affect it on the way which would be outside the scope of the forces that initially set it in motion. This is similar to the situation where a human chooses (based off of predetermined circumstances) to change their own path.

But even if this happens, was the initial circumstantial determination that set the astroid (or human) in motion changed?

The initial determination did not change, only the outcome changed.

This was the key insight I had on how I understand fate. Just because something was predetermined doesn’t mean it can’t change.

Does Being Conscious Disqualify Us From Being Bound To Predetermined Circumstances?

When I look backwards, I humbly think the answer is no.

Wasn’t the secondary (more recent) force that ended up changing the trajectory of the astroid also determined by previous circumstantial determinations itself? Isn’t my propensity to be attracted to brunettes determined by prior experiences and the makeup of my DNA?

This is the reason I don’t believe in free will.

I can make choices but my intellect and physical form don’t enable me to change the circumstantial determinations that dictate my decisions. My decisions may be my own but like the trajectory of the popcorn kernel, they are determined by pre-existing and ever changing circumstances.

Special thanks to Jack Peterson for pre-reading and arguing this with me in order to improve this. Thanks for asking the tough questions. Somehow you made a determinist out of me :-p 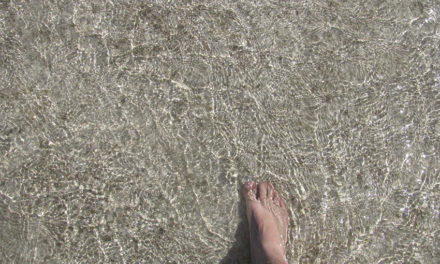