If you would have inspected my suitcase on my first (and second… and third) international trip, you would have found that I clearly didn’t expect to find normal toiletries in foreign countries. I knew from photographic evidence that there was Sriracha Sauce on the International Space Station but for some reason I prepared as if Australians didn’t sell toothpaste? What was I thinking?!

I was making a classic mistake, I was taking what I had learned about camping and applying it to travel. For the vast majority of trips, these are NOT the same thing! Don’t waste precious space in your bag by packing common toiletries! If they aren’t provided for free to you by your hotel they will very likely be available for you to buy at your destination. (They will likely be much cheaper too!) When I first started traveling abroad, I actively avoided grocery shopping. I wouldn’t have admitted it then but I was afraid. What if I saw something strange? What if I didn’t understand a cultural norm? What if I had to talk to someone!?

It took me several trips to realize that those fears were exactly why I wanted to travel in the first place :-) Hands down, grocery shopping is the fastest and most effective way to get a peak at how a culture actually ticks. After I learned that, foreign grocery stores/markets become some of my favorite travel sights.

3. Don’t Just Talk Louder when Someone Speaks a Different Language

I am embarrassed every time I see this :-/ Back home, the natural response for when someone doesn’t understand you is to speak louder. This makes sense when both parties speak the same language. Unfortunately, this habit crosses country borders.

If someone doesn’t speak the same language as you, speaking louder will NOT help. It is demeaning and rude! Did you like getting yelled at when you were a little kid? Of course not. Now when this happens, I remind myself that I am a visitor in someone else’s country and do my best to either speak their language or speak slowly and with polite enunciation.

I put this task off for years simply because I didn’t understand what was involved. If I would have taken 10 minutes to research SIM cards on the Internet I would have saved myself a whole lot of confusion and annoyance. In order to use a local SIM card, your cell phone must be unlocked and have a SIM card slot. (Most phones outside the United States come unlocked. Inside the United States you need to ask your carrier to unlock it.)

If your phone is unlocked and accepts a SIM card, all you need to do in a new country is remove your old SIM card (you can do this with a paperclip) and swap it with a local one. SIM cards come in different sizes but if the one you but is too big all you need to do is cut it to fit with scissors (yes seriously).

Once you go through this process once, you will hit yourself for not doing it earlier. It is incredibly easy and cheap.

5. Use Your Phone Camera More The best camera is the one you have with you. If your camera phone is in your pocket, take more photos! You don’t have to be obnoxious about it (I am looking at you every single person at Disney Land) but do prioritize saving memories. Digital photos are free, weightless and make some of the best souvenirs for reliving your trip later.

That said, none of this applies to taking photos with your iPad. If you find yourself taking a photo in public with your iPad, please stop. Don’t be an idiot.

6. Hotel Points Are Not Nearly As Valuable As Airline Points

Airline points are an incredible tool. They can earn you free flights and upgrades and all you have to do is purchase things you likely already purchase. (The downside is that these purchases must be done with credit cards so you also have to flirt with debt). While this game is getting more diluted, it is still a great way to travel inexpensively.

Hotel points… not so much. Yes, you can get free nights using hotel points but they tend to be a much less valuable “currency”. When I first started learning the travel points systems I wasted far too much time and effort trying to optimize my hotel stays. This paid off far less than airline points and now I have just opted into staying at hotels far less often.

When I first started traveling I avoided metro systems. I didn’t have them where I grew up so I was afraid of them. As a result, I spent far too much money on taxis and shuttles.

After I learned how to use my first foreign metro system (Buenos Aires), I never looked back. Metros/MRTs/Subtes/Subways are essentially the same in all major cities. Learning how to use public transit has been the most financially beneficial fear that I have ever overcome.

8. Bring Strong Currencies With You Everywhere When I first started traveling I would make the all-to-common mistake of exchanging all of my cash into the destination currency. “I won’t need this here!”, I thought optimistically.

I quickly realized I was wrong when I found out that you can’t exchange weaker currencies at most foreign exchanges. “What do you mean I can’t exchange Sri Lankan rupees to local? It is a real currency, it has a face on it and everything!”

Now when I travel I intentionally keep USD, Euro and local currency with me. This helps both when I need to exchange money or when I need to get out of a sticky situation.

9. Rent a Bike and Get out of Town

Most tourist destinations are structured so that tourists intentionally stay within one small area. In these areas, prices are inflated, petty crime increases and inauthentic cultural demonstrations thrive. It is all a show and easy to avoid.

Only recently have a I learned that the authentic cultural immersion that I want when traveling is as close as a bike ride away.

As opposed to motorbikes and cars, bikes are generally cheap to rent, provide great exercise and allow you to explore a city at a speed that allows you to take it all in. 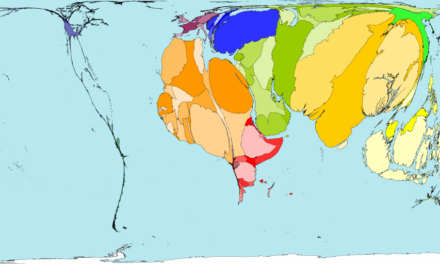 10 Maps That Will Change How You See The World