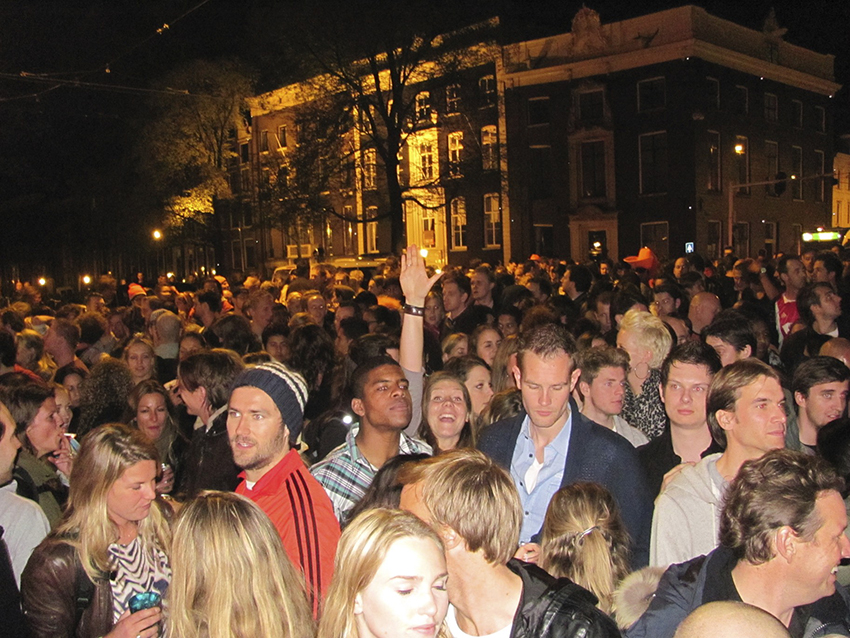 All of my training led up to this moment. I chose an unsuspecting victim, waited for the perfect opportunity, unzipped their bag, felt my hand grab a wallet and like a pro, I made a break for it. It was blatant theft and this time I wasn’t the victim.

Learning to pickpocket has been by far my weirdest bucket list item (even weirder than this one!). I am not exactly sure who recommended I put it on my list but in hindsight, I am glad it got there. Like layovers at airports, pickpocketing is one of the uncomfortable truths about travel that can’t be avoided indefinitely. Everyone has their time, I just decided to turn the tables and make me the one in control.

Truth be told, I have been working on this Life List item for about a year. It wasn’t the technique that tripped me up, instead it was the ethical dilemma. I have a list that I have publicly made the purpose of my life to complete, yet, I don’t want to steal. How could I possibly do both?

As such, progress was slow with this item.

Like most problems I am trying to solve, I broke this mission down into smaller more achievable parts. The first thing I did was look for a mentor. This proved to be particularly difficult because I wanted to learn the craft but I didn’t want to have my wallet stolen :-) Thus, I kept to a listening role.

In multiple cities (Paris, Buenos Aires, Rome, Amsterdam and Barcelona) I scheduled times to go scout out pickpockets. I intentionally went to areas where people had specifically told me to “watch out for pickpockets” and did exactly that, I watched pickpocketers.

From my studies, I identified three different types of pickpockets:

Most of the time this technique happens in busy areas (like restaurant districts) where someone will ride up on a scooter or jump out of a truck and pull a gun on an unsuspecting tourist. They then demand their valuables and make a quick break for it.

In my opinion, this technique is cheap and recklessly dangerous for everyone involved. This was not the type of pickpocketing I was looking to do.

This is the technique that most people associate with the crime. Most of these cases involve predetermined scenes where one or multiple thieves will prey on a victim. In Amsterdam, a common example of this technique being used is where someone stands on a bridge which goes over a pedestrian walkway. When a victim walks by, the thief drops a substance on them that resembles bird droppings.

Embarrassed, the victim looks around confused and upset.

At that exact moment, a single or group of “good samaritans” (all working on the pickpocket team) come and help the person clean up by wiping them and patting them down.

Embarrassed and thankful for the help, the victim unknowingly has their valuables stolen.

The other twist on this is likely more effective. A beautiful girl approaches a male tourist (“Oh are you American? I LOVE American accents!”). While she reaches toward his belt buckle and he imagines his night is about to get a lot better, she or another pickpocketer steals his wallet, laptop and/or keys without him noticing.

This second method is sort of funny but mostly mean. :-)

My opinion is these techniques are both cruel and detrimental. It makes people fearful of strangers. This was also not my chosen technique.

The third technique that I found involved both the most risk (for the pickpocketer) and the most skill. Most of these attempts take place in highly dense tourist attractions where people are uncharacteristically distracted by something. A straightforward example of this is the crowd that forms in front of the Mona Lisa in the Louvre. There is a odd human trait that disables comfort zones in crowds.

Imagine you are in an elevator that is occupied by one other person. The normal situation is that you will both stand on opposite sides of the elevator and avoid eye contact. You may make small talk if the silence is overwhelming but it is very unlikely that you will make any physical contact. This situation plays itself out everyday in office buildings around the world.

Now contrast this with the situation where you are in a crowd eager to see something exciting. Be it a concert, a line at Disneyland or a famous semi-self portrait by some wierdo out of Italy. Suddenly the social norms that applied in the elevator no longer apply. Some dude is touching shoulders with me? No problem, I want to see the painting! Some stranger is pressed up against my butt? Whatever, I want to see the famous smile!

Now bring in a magician, a person who has studied body language and the art of sleight of hand. That is a master pickpocket. They can take your shoe laces while you are worried about your watch.

I found one such expert in Barcelona, the unofficial pick-pocketing capital of the world. On one of my ventures to study the craft, I went to Las Ramblas, the most horrible part of Barcelona, and found a pro.

I sat and enjoyed my coffee as the thief attempted to steal from dozens of different tourists. But why would a master thief fail so often? Well, this is what made this teacher so incredibly helpful. Each time he successfully got his prize, a nearby police officer would shake his head in disapproval and the would-be thief returned the belongings to the would-be victim.

I watched as this same process take place at least two dozens times. Each time the pickpocketer would masterfully use sleight of hand to grab a ring or wallet and each time the policeman shook his head and the thief returned it. Not once did the officer approach the thief.

Spain is full of things that I don’t understand. This situation was only one more on the list.

This was my school. Over and over again I got to observe the methods of the master thief all without any real damage being done. I enjoyed my coffee and took notes.

Are you looking for more advanced techniques?

If so, check out these advanced training resources:

It turns out that the hardest part of learning how to pickpocket is not actually mastering the techniques. Instead, it is getting the guts to actually do it. Throughout my life, it has been pounded into my head that stealing is wrong. Each time I saw an opportunity to cross off this bucket list item, I was greeted by my own version of Jiminy Cricket. Each time, he persuasively talked me out of it.

Until one day things changed.

I was dressed in my skydiving gear and in-line for a massive rave in downtown Seattle. It was a few days before Halloween and I was waiting to get into Freak Night. I was surrounded by zombies, fairies and far too many Gangnam Style impersonators.

I ended up losing the group of friends I had arrived with and found myself dancing in the crowd.

This was my moment.

I scouted the dance floor looking for my victim. Would it be the girl in the nun costume or the human sized dancing wig? The mostly naked girl or the giant pop-tart box?

I investigated the half naked girl again. She wasn’t a particularly good pickpocketing candidate but I wanted to be sure I covered my bases. :-) Focus Danny.

Then I spotted them. The match was too good to be true.

Dancing like an idiot was a guy dressed up as a tacky tourist. He had an expensive looking camera around his neck, a fanny pack and a Hawaiian shirt. This was too convenient to make excuses. It was as if the teacher in Barcelona decided to plant a subject for me.

I moved forward dancing with the rhythm. Blending in with the crowd, I scouted my goal. He was with a group of friends, two guys who I decided could beat me in a fight and three girls (who might also have been able to beat me in a fight). A group was going to be tough but I was optimistic.

Slowly, I made my way into their group and without actually talking to them, made them comfortable with the idea of me being there. There is a certain amount of unspoken camaraderie that happens at concerts. I used this to my advantage.

Without looking directly at it, I scoped out the fanny pack. It was clear that something was in it but it wasn’t clear what. It was fully zipped starting from the right side and was slung leaning toward his left hip.

All at once, I moved in.

I simultaneously bumped the guy’s hip and touched his shoulder with my left hand. Meanwhile, my right hand (my dominant side) unzipped the fanny pack, grabbed the item inside and fluidly slipped it into my back pocket. I looked at the guy and said “sorry bro!” and continued dancing. He gave me a funny look and I waited for what was surely the longest minute of my life. As my adrenaline rushed, I immediately realized why rich people steal. The experience was scary as hell and felt incredibly good.

I eventually scooted to the back of the crowd and reached into my pocket to see what I had scored. I had taken a packed wallet full of cash and credit cards.

I smiled for a second. My Life List had put me in some strange situations but this was something entirely new.

I looked around to make sure no one was coming to kill me. Eventually, I decided I was safe and let out a sigh of relief.

The goal of this Life List item was never to steal anything. The tricky part was that the item required theft. I took another look around. I had successfully done it.

I walked back to the guy dressed up as a tourist and tapped him on the shoulder again.

He looked at me and I handed him his wallet, saying “Hey bud, you dropped your wallet.”

He gave me a huge appreciative smile, put his wallet back in his fanny pack and fist bumped me.

“Thanks man! You totally rock! Can I give you a reward or something?”

I smiled and politely declined.

Note: Some of the links in this post are affiliate links. I use the minimal amount of money made by these type of sales to continue my adventures.