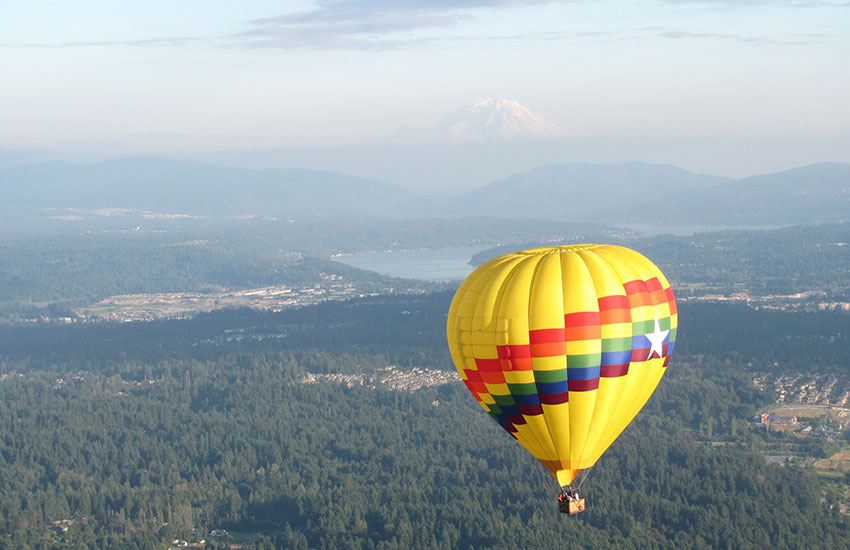 It was me, a Senator and about ten other people in the basket of a hot air balloon. We were trying to find a place to land but the wind was faster than we had anticipated. It became abundantly clear to me why hot air balloons never took off (har har) as a favorable mode of transportation, you can’t steer them, you can only choose to go up or down.

In an effort to complete my bucket list, I always have at least one item pending. As soon as I check something off, I review the list and choose the next item. This way, something is always in the works and I am constantly making progress. I had just finished white water river rafting and took the opportunity to google hot air ballooning in Seattle. I clicked the top result, called the number on the resulting webpage and booked a spot for the following day.

The balloon company was actually a winery company that happened to have an interest in hot air ballooning. When I arrived, we did a quick tour of the winery and walked out to a nearby field to inflate the balloon. There was about a dozen off us and we all did our part to unload the balloon and unfold it. As soon as it was inflated, we hoped in. The conductor fired the flame thrower and we hung on the ground for a split second before popping into the air. It felt like flying. We quickly rose brushing the leaves of a nearby tree and I watched as our shadow got smaller and smaller. The first thing to strike me was how quiet it was. All I could hear was dogs barking in the distance. When the fire wasn’t going, it was next to silent.

The group of us in the basket exchanged small talk and we all took a lot of pictures. Our conversations were intermittedly interrupted by the cracking of a walkie-talkie. On the other end was the ground crew who was chasing us.

We all swapped stories of other flying we had done. One person in particular, dominated the conversation. He had a certain cockiness that was subtle yet overbearing. He asked questions that he eventually answered himself and made it a habit to bring the conversation back to himself. I think we wondered what his deal was.

As the conversation died down, the pilot told us he was going to try to land in a nearby driving range. It was 6:00pm and the concensus was that the driving range was still open. “Don’t worry”, he said confidently, “they will stop hitting balls as soon as we land”. I thought about how awesome of a target we were and couldn’t possibly see myself being at a driving range and not try to hit an incoming hot air balloon. Alas, we had already signed the paperwork. Our trip was in the pilots hands.

We came in low over the driving range but the high nets prevented us from landing. The pilot was upset, he had really planned to land in the range. He pulled up before we hit the net on the other side and we continued our journey.

We came in low over some trees (we actually hit some leaves) and waved at a group of partygoers in a back yard just before floating over a lake. This was getting bizarre. Our Reflection In a Lake

The next place we attempted to land was a farm. The pilot told us he was nervous of hitting a barbed wire fence (he talked from experience) and we missed that landing opportunity as well.

Just on the other side of the farmland was a shopping center. A parking lot it would be.

We couldn’t land in the obvious space due to the likely event of us hitting a car so we pulled up once again and aimed for the much smaller lot behind the grocery store. The ground crew was in sight and they raced through the parking lot. Things were getting exciting.

The pilot choose his final landing spot and opened the flaps in the balloon. We fell with concerning speed. With about 10 feet on either side of us (between buildings) he fired the flamethrower one last time before touching down. The ground crew grabbed the rope he had dropped and pulled us into a more open space. A crowd formed and tried to pull our rope. (They were trying to help) Luckily, the ground crew stopped them and we landed with a light thud.

We all cheered and laughed with the people who had formed. It was a hell of a ride. The grounds crew packed up the balloon and we all got into several vans to go back to the winery. They passed out samples of their various wines and invited us to try their locally made cheese. It was the perfect way to end a rather odd adventure.

As the man started to dominate the conversation again, I asked him what he did for a living. He beamed and announced to the room that he was a Senator.

I Googled his name when I got home. It turned out he was a State Senator. Sigh… politicians. 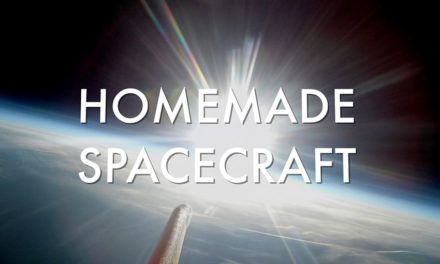 How To Build Your Own Weather Balloon Spacecraft